How the remote workforce is fighting climate change

The solution to climate change action is much simpler than you think. Switching to a remote workforce may be the key.
Jun 25, 2020 • 7 minute read 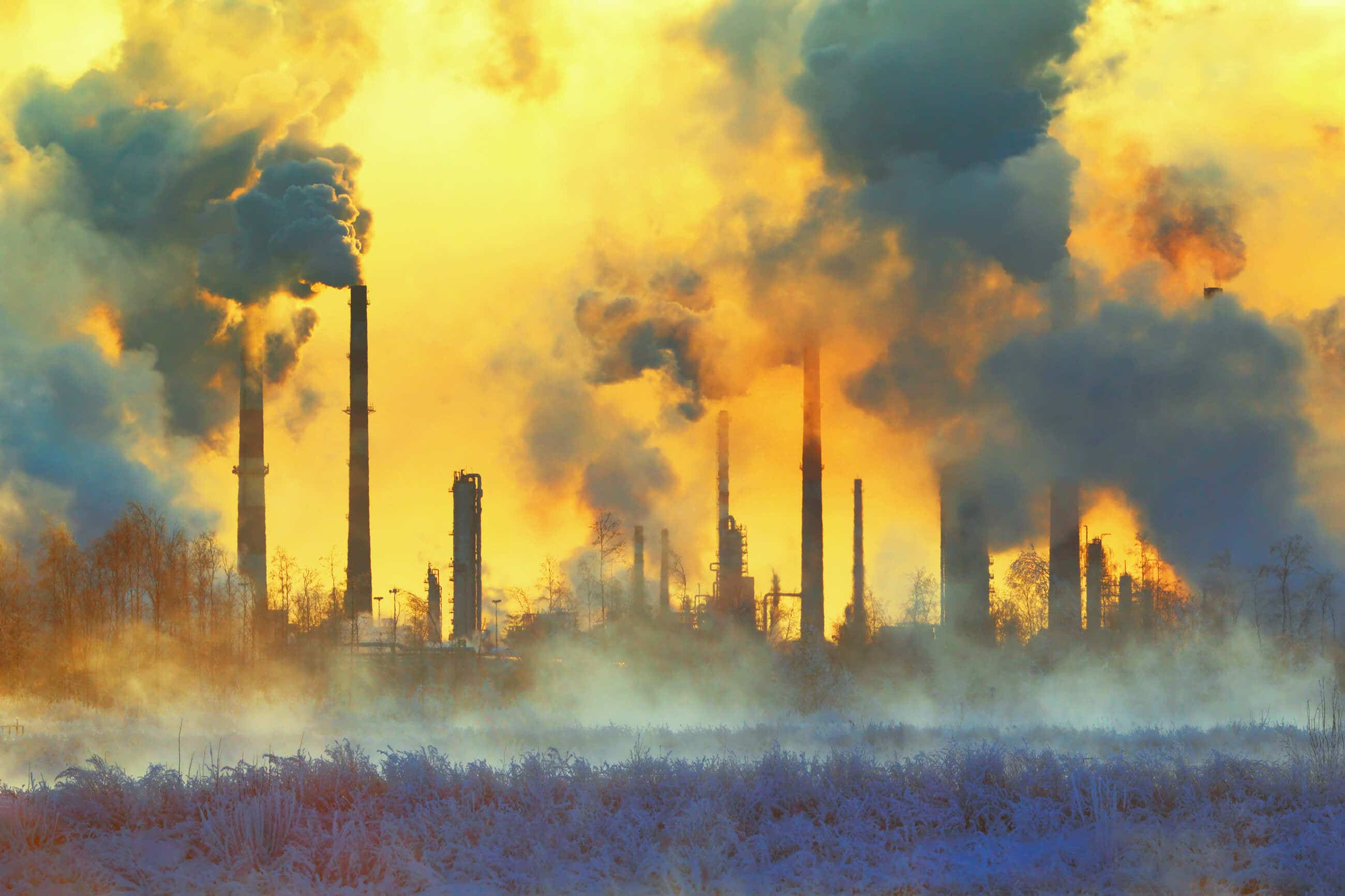 Could a remote workforce be the solution to climate change?

Ferocious fires ravaged Australia from late 2019 to early 2020 and now the West Coast is ablaze. These repetitive events are not coincidental and they should awaken us to the dangerous reality of climate change.

Climate change is a big problem we can't keep ignoring. It's so big, in fact, it will take the collective efforts of the human race to be resolved.

But while the major contributors to greenhouse gas emissions are clearly identifiable, have you ever considered how you personally contribute to the problem by simply going to work? Let's look at the numbers.

There are five different methods of commuting to work: driving, ridesharing, public transportation, cycling and walking. Let’s evaluate the greenhouse emission levels of each.

All of our emissions calculations are based off data from Carbon Footprint Ltd and measured in tons of Carbon Dioxide Equivalent (tCO2e). This unit accounts for all forms of greenhouse gases relative to one unit of carbon dioxide.

To start our calculation, we'll choose a reference vehicle. The most popular vehicle in the United States is the Honda Accord. It averages about 30 MPG in city conditions.

The average Amercan travels a distance of 16 miles to work each way, totalling 32 miles per day.

Plugging these numbers into the carbon footprint calculator, we get 0.01 metric tons of carbon dioxide. That’s a little over 22 pounds after just a single day. But this is still an underestimate, because it assumes perfect driving conditions and doesn't account for traffic.

With this in mind, and noting that Americans work an average of 260 days per year, the yearly carbon footprint of the average American driving to work becomes:

But even 5,882 tCO2e per year is still an underestimate. Being stuck in traffic means a lot of aggressive accelerating and braking. This sort of driving can decrease gas mileage by up to 40%. Assuming this, our fuel consumption calculation would rise from 7.7 to 10.78 gallons per year, which amounts to:

Remember, estimates are based on a midsize family sedan with reasonable mileage. The carbon footprint grows a few shoe sizes when truck emissions are analysed. Plus, emissions are expected to rapidly multiply as traffic congestion becomes even more of a problem:

As daunting as these congestion statistics may seem, they pale in comparison to other global cities. 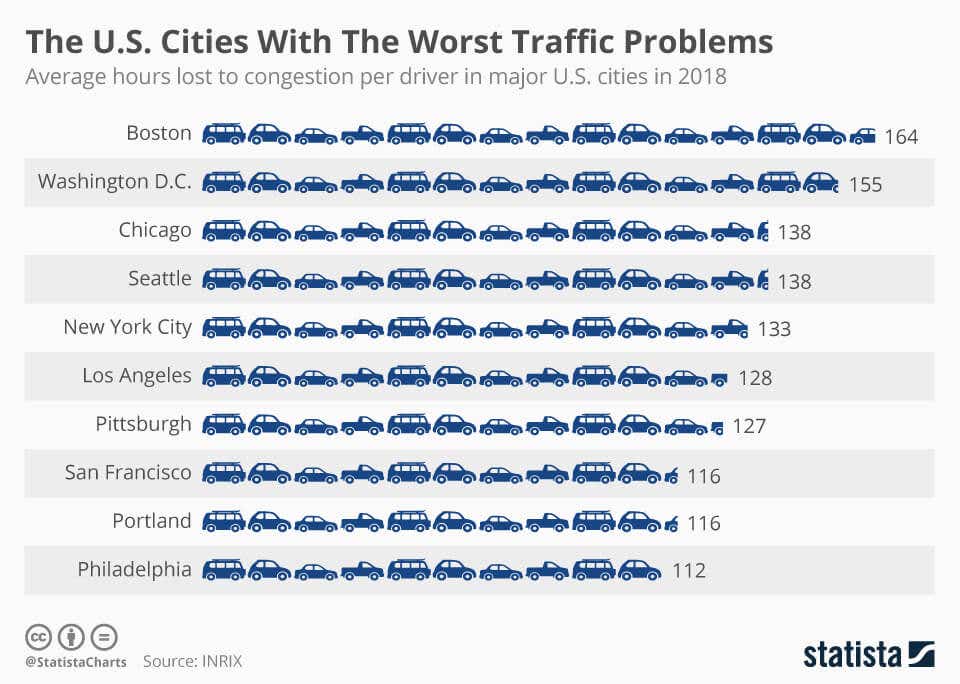 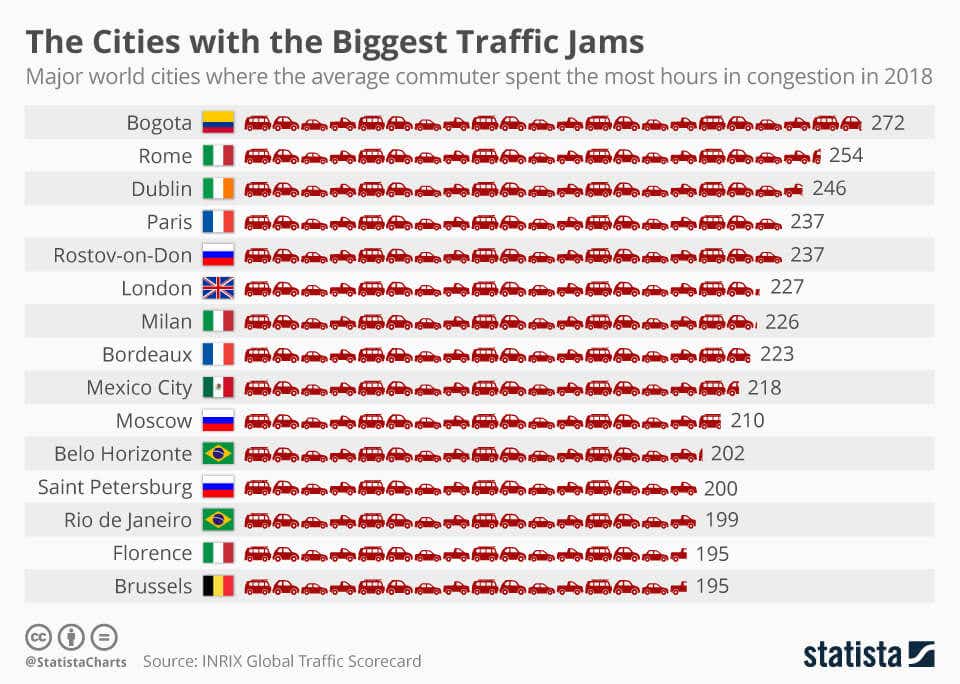 Ridesharing services like Uber and Lyft could theoretically decrease CO2e emission levels by decreasing the number of vehicles on the road. But there are three critical limitations standing in the way.

First of all, to maintain their competitive edge, ridesharing solutions have to be affordable. This leads to pricing battles like the one Lyft and Uber are currenlty engaged in.

To stay profitable in the midst of a race to the bottom in pricing, ridesharing solutions need to complete an incredibly high number of trips, which requires a lot of drivers on the road. To ensure continuous growth, drivers are rewarded with a generous referral compensation to encourage them to keep recruiting new drivers and put more of their ridesharing cars on the road.

Secondly, ridesharing with other passengers is only a convenience if you have the luxury of time. Many of us are unable to add 15–20 minutes to our daily commute for multiple passenger pick-ups and drop-offs.

Thirdly, this also requires a change in consumer behavior to be more open to the idea of carpooling with strangers. This might be the biggest obstacle to ridesharing as a climate change solution.

Cycling and walking are the most environmentally friendly mode of commuting, but they aren’t an option for everyone.

As mentioned earlier, the average America needs to travel 16 miles each way to get to work, which will take about 6 hours if you walk (and that’s without any hills or breaks to catch your breath). Cycling relies on infrastructure that a lot of American cities don't have. So, it's no surprise that walking and cycling are such unpopular travel choices amongst Americans: 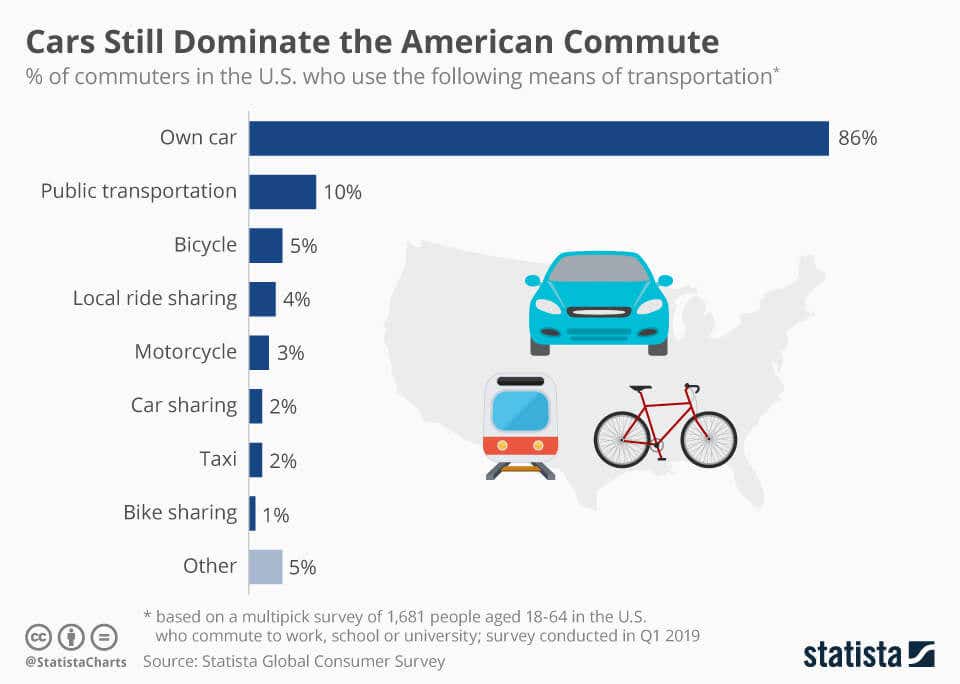 Choosing public transportation does reduce your carbon footprint, but this option is still far from perfect. First of all, there are still relatively few American cities that boast an extensive public transport system. Second, buses run on diesel which is more toxic to the environment.

The carbon footprint of bus travel decreases as more passengers board. This makes sense because a single diesel engine is replacing multiple gasoline engines. Conversely, the fewer passengers there are on the bus, the higher the emission rating per passenger.

On average, a U.S transit bus only has about 28% of its seats occupied. The graph below shows the amount of carbon emission each individual passenger is responsible for per mile at both full and average occupancy. 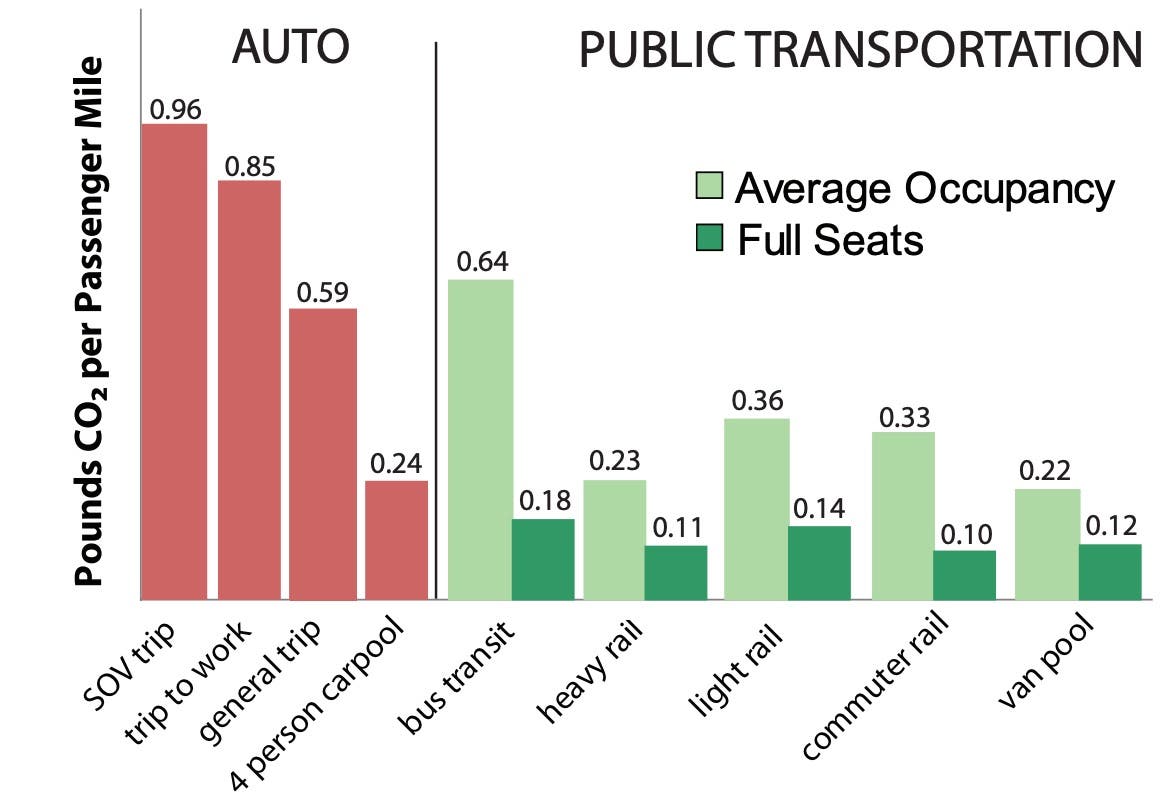 Now let's calculate your total carbon emission if your commute to work by bus:

This is about 38% less than the yearly emissions when driving to work (5,882 pounds).

Improving these figures is a simple matter of running buses at full occupancy. That's probably unrealistic, but let's assume it happens:

The final mode of transportation to consider is train travel. Trains are heralded for being the most environmentally friendly option because they're entirely powered by electricity.

But does this mean they emit zero greenhouse gases?

The primary method of electricity production for trains is not clean and results in a high release of toxic gases.

In 2018, the United States electric power sector released 1,763 million metric tons of carbon dioxide into the atmosphere, with 65% of that amount produced by a method that is most detrimental to the environment, coal.

Let’s return to our carbon footprint calculator to estimate the yearly emissions from train travel:

This is considerably less than all of the other transportation options we analysed, but it's not a zero value. And again, that's at full occupancy. At average occupancy, it looks more like this:

Your greenhouse gas emissions don't stop when you finally arrive at your workplace. Following on from our previous point, dirty electricity production means that simply powering a workplace releases toxic gases into the atmosphere.

So even if you walk to work, your workday still produces greenhouse gas emissions.

Our business carbon footprint calculations are based off an average electricity consumption of 6,278 kWh per month, or 75,336 kWh per year.

This is a conservatie estimate, because it doesn't account for other environmentally detrimental practices that are common amongst businesses, such as poor recycling programs and low energy star office supplies.

The above figures relate to medium sized business. Now let's calculate the carbon footprint of startups.

According to the data below, in 2016, the yearly rate of emissions from electricity usage for every full time employee was about 2 tC02e

Assuming this figure is still accurate, and noting that the average startup has about 5 employees, the estimated carbon emissions of a startup is:

Quite a staggering figure, especially if you consider that about 627,000 new startups are launched every year.

Each of us contributes an incredible amount of greenhouse gases simply by heading to work, and as the U.S. population continues to rise and more people start working, this is only going to increase.

So, what's the answer?

How the remote workforce can combat climate change

You can cut the carbon emissions from workplace commuting completely, and significantly reduce the carbon footprint of your normal business operations.

Residential homes are more likely to have solar panels installed compared to businesses, both now and in the future. So overtime, a remote workforce could be completely powered by clean energy. 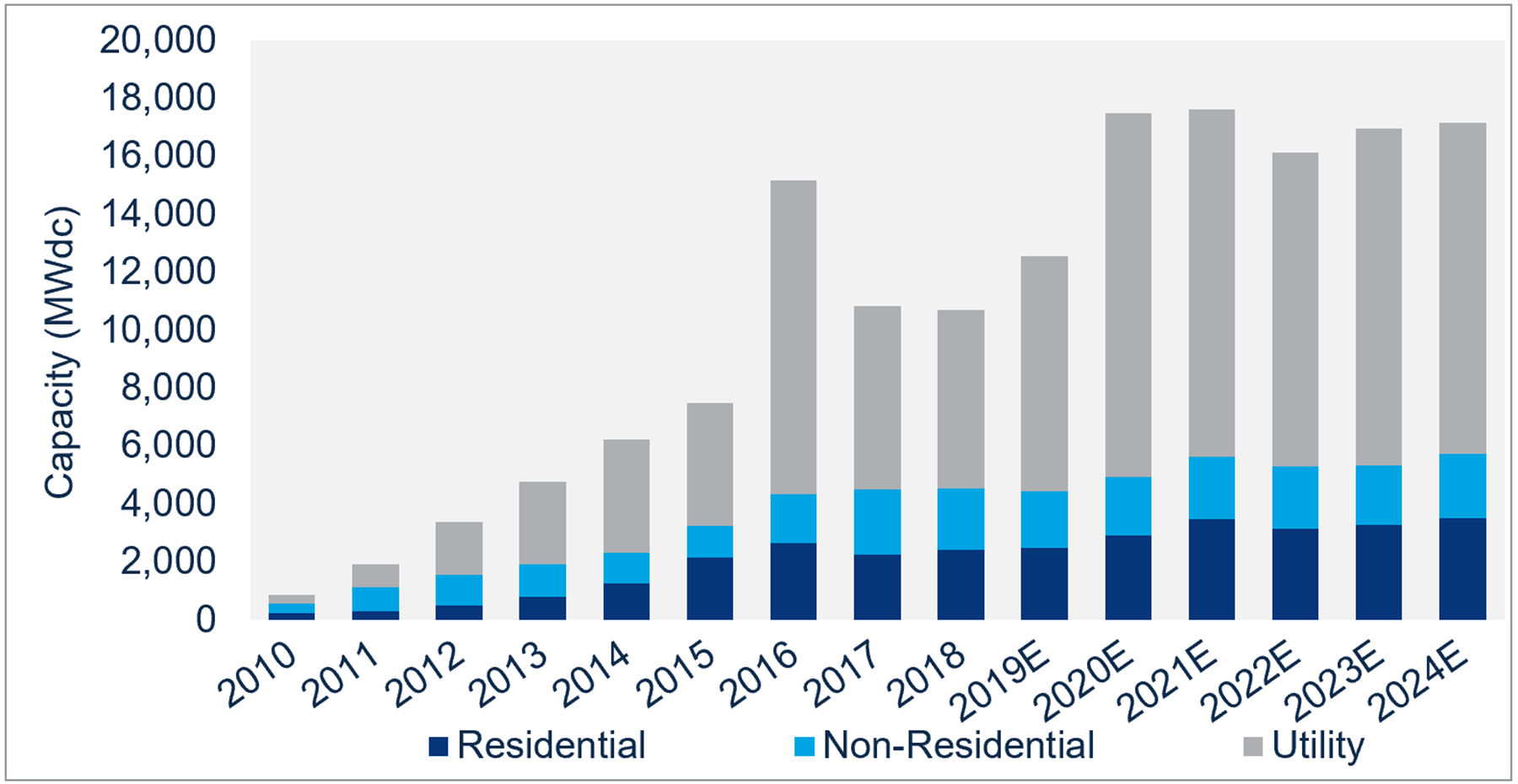 Businesses that employ a freelancer workforce could reduce their carbon footprint even further by specifically hiring freelancers in regions with low greenhouse gas emissions. 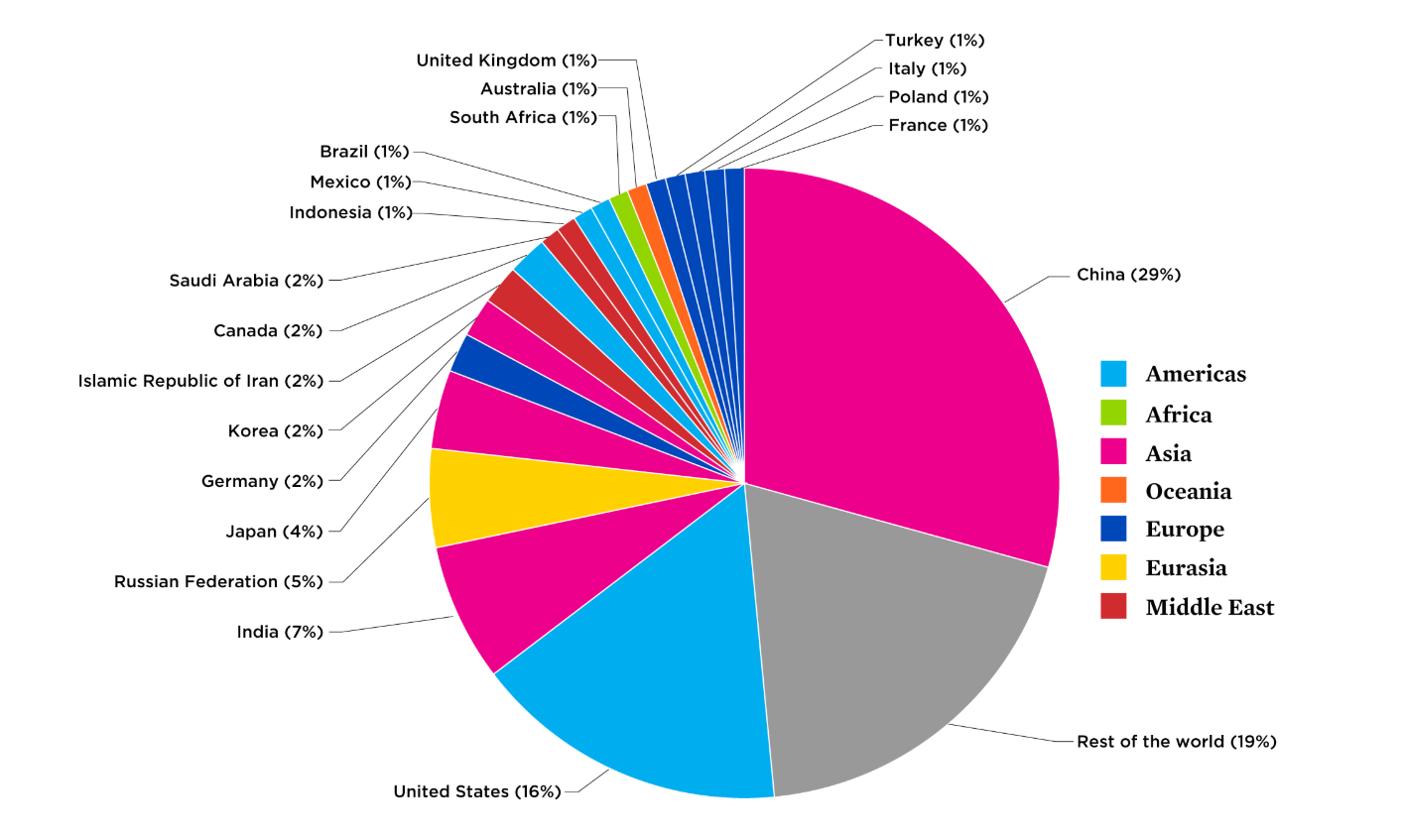 Switching to a remote workforce doesn't have to be a dramatic paradigm change. Business owners could start by segmenting a portion of their staff into a remote arrangement, and then slowly increasing this portion as their operations adapt to the new arrangement.

New business owners are at an advantage, because they can launch with a remote workforce.

The beauty of this solution is that it results in an extreme reduction of greenhouse gas emissions in a very short period of time. Perhaps best of all, it saves your business money in office space overheads and cuts out the unproductive time your workforce spends commuting.

Business owners have the power to take ownership of their emission levels by shifting to a remote workforce model. The remote workforce model empowers ordinary people to finally take control of a large scale climate change solution. While governments continue to argue about an optimum solution, you and your business can start making a positive impact today!

What Google's quantum breakthrough means for you
The tech world is abuzz with the rise of quantum computing, but how will it impact your business and why should you care?
6 MIN READ 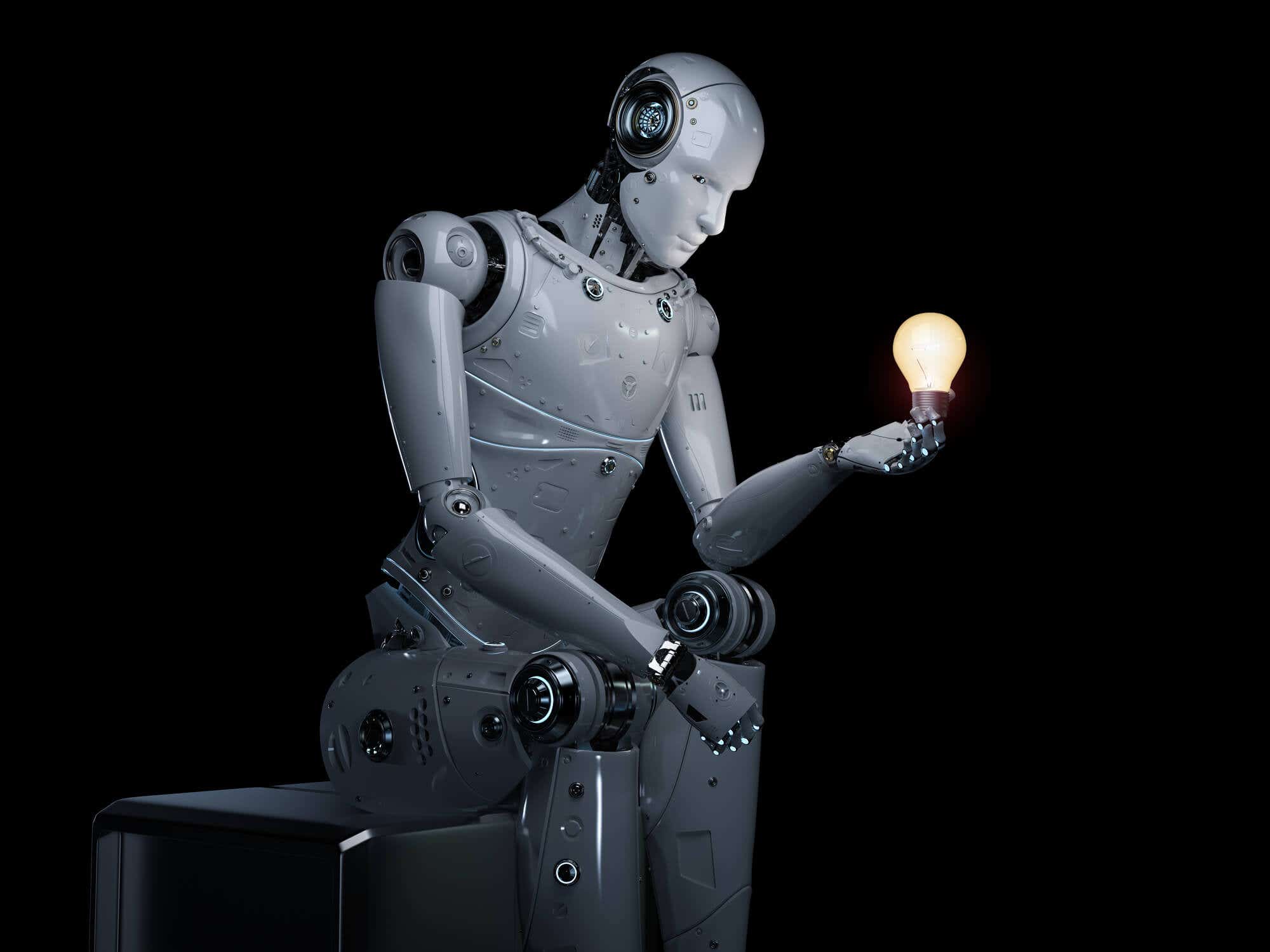 How AI can power your startup
Future-proof your startup with AI. We show you how
6 MIN READ