A Need to Fill

Each day, Sally wakes up to a morning filled with hope. She stays in bed for a while, focusing her thoughts, and checking whether her extremities are functioning. From her feet to her legs to her arms all the way up. When everything’s OK, she gets out of bed, stands still for a moment, trying to ensure her balance. This seems to be the start of a good day, she thinks. On some days, she experiences numbness and spasticity on the right side of her body. On others, lack of stamina to get through the day. 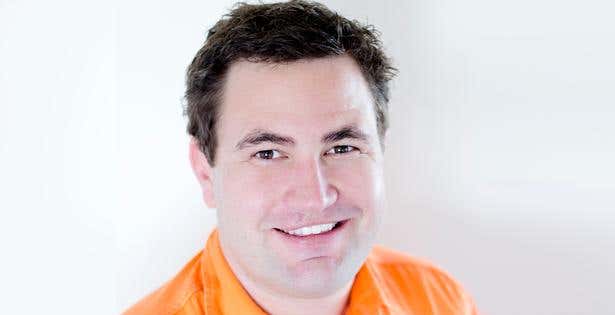 Things have indeed changed. Used to being in control of her life, she now depends on others to do the things she would normally do like preparing home-cooked meals for the family, taking care of the kids, or even writing down grocery lists.

Sally may be fictional, but her challenges are real: they are experienced by one out of the 2.5 million people in the world who have multiple sclerosis (MS), a potentially debilitating disease that has no cure. While the symptoms vary from person to person, the disease, in its worst case, may lead to nerve deterioration.

In Australia alone, over 23,000 individuals are living with the disease. And for Queensland native Jeremy Hastings whose aunt has multiple sclerosis, the pain hits closer to home.

“The simple tasks we take for granted each day are the tasks that make their lives tough. Little tasks like making tea and coffee can become impossible, and when drinking tea the cup can only be ⅓ full. Also, the ability to use a mobile phone (or home phone), writing, filling in forms, reading a book without aids.

“It is truly  a terrible disease. Eventually the person is confined to a wheelchair and requires full-time care.”

So, in October 2013, Jeremy developed an independent living aid called “Fuel Mate”, to assist people who face difficulty in filling their fuel tanks at the petrol station. How it works: The fuel dispensing nozzle at the petrol station requires people to squeeze the handle and hold the handle closed while the petrol tank fills. This makes it difficult for the elderly and those with arthritis or physical disabilities. The Fuel Mate is a latching device on the dispensing nozzle that eliminates the need to squeeze the handle. “This is one way to help them keep their independence,” he adds.

Attesting to this fact is an elderly woman who had to rely on an attendant to help her fill up her car, but often she would wait for over half an hour. Now, with Fuel Mate, she can do this on her own.

To reach a greater number of people, he decided to market his product online and was quoted by a number of local marketing companies an average of $5,300 for web design and a lead time of five weeks for development. After finding a supplier who “promised the world”, he terminated the contract for poor initial design. To beat the time crunch, he turned to the world’s largest outsourcing marketplace, Freelancer.com.

Within four days and in time for the product launch, he had a site up and running (www.fuelm8.com.au).  Since then, the product has been sold in the UK, USA, and to every capital in Australia. It has also opened an unexpected market—for people wanting to clean their windshields while filling the tank up. Jeremy is currently working with distributors for the sale of Fuel Mate in a number of outlets.

This article will examine some strategies and tools that freelancers can utilize to make themselves stand out from the crowd.