Serving as a Peace Corps Volunteer in Cuenca, Ecuador for three years now, Nikki Rowley was an English teacher in Arizona, USA, who wanted to make a difference. There were many others before her, as the Spanish-speaking country really pushed for English-language learning, but she wanted to build sustainability that would create lasting change.

She had been doing basic courses on English for years, and although the results were good, it wasn't enough for her. Most of her students study English so they could study or work in foreign countries such as the US and Canada, so she thought, why not create a program that would prepare them for it?

"I've been here long enough to know what my students aspire for. Most of them dream of getting into a university in an English-speaking country. I made it my mission to help them turn their weaknesses into strengths and start them on their path to success," said Nikki. 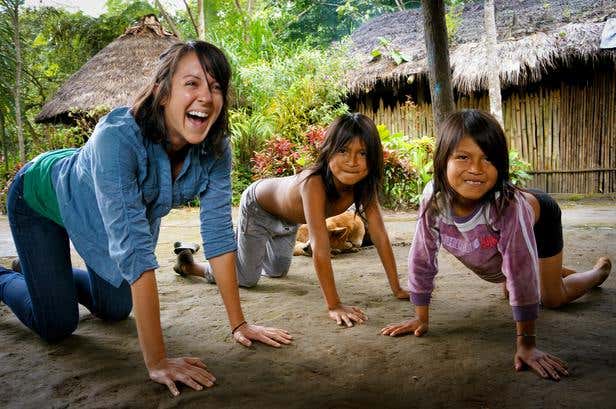 Students struggle during English-language tests and Nikki thought of leveling up her lessons to prepare them from upcoming TOEFL exams -- one of the respected English-language tests recognized by universities and agencies in the world. "I made a preparation course focusing on speaking, writing, and listening. The topics of the conversations were all related to life in a university campus, such as dorm life, arranging class schedules, socializing, and many more," Nikki said, who herself spent more than 10 years on campus – completing a Bachelor's degree, and then a Master's degree in Education at Arizona State University where she taught both English and Spanish at the same time.

She devised a method for her classes. First, she would find students' weak areas through diagnostic exams. Based on the results, she would design a study plan including exercises exclusive to their common mistakes. "Once they have a good grasp on the strategies, then it's all about practice. I wrote scripts for dialogues and searched for voice over artists for professional recordings," said Nikki.

Professional voice-over artists who are also native English speakers were hard to come by in Ecuador. Even if she found them, she wouldn't have been able to afford them, since she hasn't charged anyone for her lessons as part of being a volunteer. "I checked out freelance companies online and found Freelancer.com. It was the easiest to navigate so I posted my project there."

She picked MJBaird1971 from Virginia, USA because they were quick to respond and offered sample recordings. One of them was once an on-radio talent and Nikki immediately loved the clearness of their voices. "They were very genuine and transparent with the whole process. The price was competitive and the quality of the finished product was very high."

The experience at Freelancer.com went smooth. Nikki said she liked the chat feature best because it allowed her to talk directly to the freelancer regarding changes, which resulted in a quick turnaround for projects. "There was just one glitch. I paid my freelancer twice because I didn't thoroughly read the instructions on Milestone payments. Thankfully, my freelancer credited it back to me and also explained how Milestones worked." 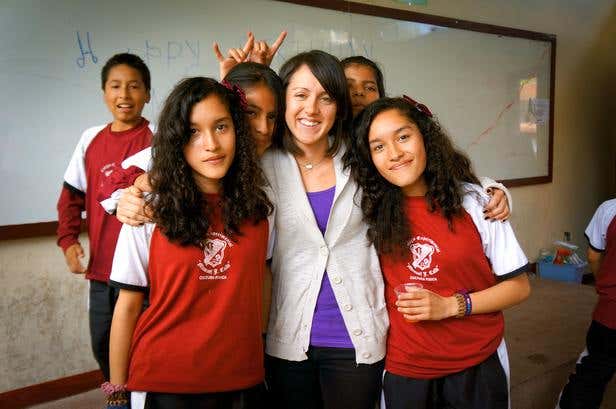 Later on, Nikki plans to create a membership site where interested students can pay a monthly fee to access practice materials. She's working on online courses that are more hands-on as a premium feature of the site. "I made my program resemble the TOEFL test as best as possible, in order to provide authentic practice for the test," she said.

Nikki is married to an Ecuadorian, and they haven't figured out where they will settle down. The online teaching business would be a perfect start as they won't worry in case they need to move back to Arizona. One thing's sure for Nikki though: wherever she is, she'll always be a teacher.

Project: Male and Female Voice Over

Tips and suggestions on how to improve customer service as a freelancer.