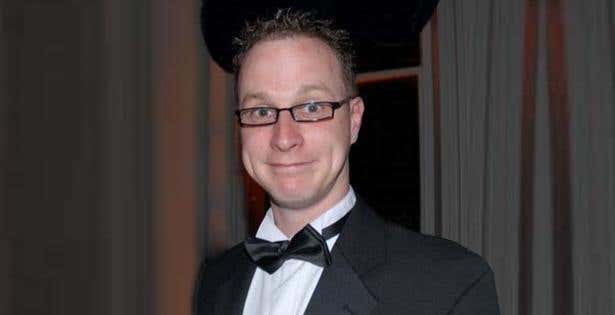 What made you start Freelancing?

I was made redundant back in 2009 and was having a hard time finding alternative employment. I’d always been interested in visual effects and motion graphics, so in-between applying for jobs, I thought I’d put my time to learning the trade. I did research, read books, watched tutorials, took courses and eventually a friend asked if I could create a video for their company.

He was really happy with the result and it was that which convinced me I could maybe start charging for my services on a professional basis. Since then, I’ve worked with over two hundred clients from around the world, my work has won awards and I’m an Adobe Certified Expert. Not too shabby for saying I’d never picked up a video camera or used any editing software just a few years ago!

What is the best part about being a freelancer?

It means I can work anywhere in the world where I can get an internet connection and plug in my laptop. Although I’m from the UK originally, I’m currently living in Spain as its considerably warmer, and it’s online freelancing that allows me to do that! One day you can be at the summit of a mountain editing some footage, and the next you can be in a submarine shooting some stock footage of giant squid. Not that I’ve actually done any of that, but it would be possible if I wanted to. Sounds a bit dangerous though.

What has been your favorite project to work on and why?

I was involved in the creation of a Facebook app to promote the release of the Assassins Creed 3 video game, which was a great project and something really exciting to be involved with. The client was really happy with my work and I was quite proud that the app won a Shorty Award in 2012.

What kinds of hours do you work?

I try and make sure I’m available to at least answer emails from 9 to 5, but my work hours do vary considerably, depending on my workload and the location of my clients. If I’ve got a big project on then it might be all hands to the pump for most of the day, at other times I might be topping up the tan by the pool or fine tuning my plans for world domination. I’m definitely more of a night owl though… I don’t function that well in the mornings and 5 to 9 is so much better than 9 to 5!

What do you like doing when you are not working?

I enjoy cooking, eating, photography, travelling, sleeping and astronomy. In fact, I’ve recently become an undergraduate student at Liverpool John Moores University, studying astrophysics by distance learning. Having joined the circus as a young boy, I never had the opportunity to go to university, so I’m making up for lost time. The flexible schedule I have from freelancing allows me to take the plunge and sign up for things like that. Give it a few years and I’ll be like a combination of Professor Brian Cox and Stephen Spielberg all rolled in to one. Scary stuff!

What was your favourite subject at school?

It was definitely science, and specifically physics and astronomy. I think that science really fires the imagination much more than any other subject, learning about the planets and the vastness of the universe, it’s difficult not to be inspired by it all. When we were young, my friend John and I drafted plans for a home-made space rocket made out of empty barrels stacked on top of each other. The plans seemed pretty sound, if you ignore the part that there was no chance of returning in one piece. Unfortunately, our local chemist didn’t have the necessary quantity of Liquid Nitrogen we needed, and I don’t think our pocket money would have covered it anyway, even if he had.

Thankfully, Richard Branson beat us to it, so I’ll hold out until the price has come down a bit and then I’ll be off into orbit! You should run a contest for the first person to wear a Freelancer.com t-shirt in space! Do I win the monthly suggestion award for that?!

And last but not least…

Finish this sentence; “My personal philosophy is… socks before or after trousers, but never socks before pants.”

It’s not just enough to get by when freelancing is your main source of income. To earn worthwhile money you’re going to need to learn how to thrive.

There are so many benefits to freelancing and being your own boss, but one of the drawbacks is providing your own healthcare.

If you’re a freelancer (or thinking of becoming one), here are a few tips and hacks to help you stay focused and keep your energy up on long days.

Unleashing the Bond Between K9s and Their Masters