Love them or hate them, if you're a blogger or internet marketer, then you know how popular 'Top 10' lists are... perhaps so popular, that you've even created one or two yourself.

But for those of you who don't know why these top lists are incredibly prevalent, learn why you may want to create one for your blog and how it can help get more links and traffic (if done properly). 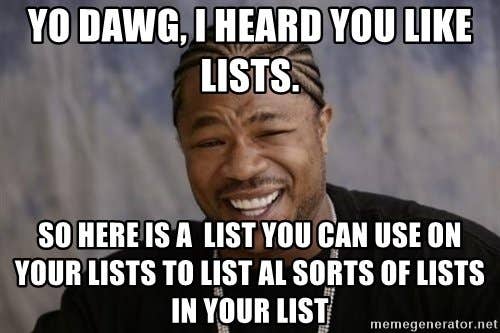 1. They are easy to digest

Internet users these days are faced with information overload - there's simply no way to take in every site out there. There are so many interesting blogs, news sites and videos on the internet that it would take a lifetime to watch even a tiny portion of what is available.

And so, instantly grabbing the attention of your audience and capturing them for the duration of your blog post, article, or video is important - if you don't, then they'll simply surf on by. We're turning to quick-fix, easy-to-digest articles to quickly satisfy our hunger for new content.

Top ten lists, then, are a lot like fast food in many respects - they're cheap, the taste is overrated and they do nothing for your waistline, but we quite happily munch through them anyway. There's no real thought required to read a top ten list - if you're that disinterested, you can even ignore the body text and just read the headings - you'll still pick up the gist of it.

It is this ease-of-digestion that allows people to quickly browse and gratify their surfing needs - the top ten list serves as an extremely efficient way to absorb information.

There is a strong basis, then, for discussion - whether it's hateful emails to the author of the list or a discussion in a chatroom or a forum, you'll find people discussing top ten lists all over the internet. Whether they disagree with a certain inclusion, or they think something has been omitted, there's certainly no shortage of people to wax lyrical on the topic.

If you disagree, feel free to send the author a hateful email or discuss it amongst your peers.

Linking is what underpins most of the blogging community - and the power of the humble hypertext 'link' is behind some of the world's biggest sites (think search engines). For the same reasons that people love to discuss and share top ten lists, they love to post links to their blogs, or in their social bookmarking sites.

It is this linkability that encourages webmasters to write or publish top ten lists - the power of the link is not to be understated when it comes to the internet. More links equals better standings in the search engines, and thus higher traffic, so there is an obvious incentive for the webmaster, regardless of the discussion or sharing of the page.

4. They will spread and be shared

It's not just about linking to an article or discussing it - people will send on links to their friends via email, instant messenger or even by the more traditional means of vocal communication. It's not a new phenomenon, either - top list TV shows have been a perennial hit right through the MTV generation, and I'm sure their history stretches long, long before that (this example certainly got a lot of attention).

5. They're easy to write

Sad but true. If you're writing a top 10 list, all you need do is think of 10 things that closely resemble the topic you're getting at, sort them into some kind of order (although not necessarily!), and put a little blurb in just to bulk up the word count a bit. It really is rather more simple than writing a proper article.

6. They are insightful and interesting

Or at least, they can be - if they're done well. A few top ten lists I've seen really have been quite genuinely interesting. Everyone's heard of the old tale about Penicillin being invented by mistake - This top ten list illustrates another 9 stories of a similar vein.

Even less factual top lists can be insightful - with the recent release of Superman Returns, this list ponders what one would do, should they discover they were Superman. It's insightful, funny and it makes you think - what would I do?

When they're original, they still work - top lists can be cliché, tired and old, but they're just a medium - and if the message is interesting, then the medium itself can help to amplify this.

Things like the '10 Best Movies and TV Shows on Netflix' and 'Top 10 Android Apps are not only interesting - they can put us onto new things which we may not have heard of before. 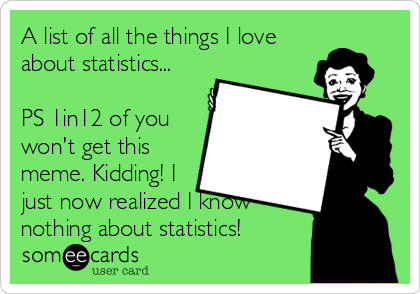 Well, I do at any rate. If an article reveals some interesting snippet or factoid (and better still, if it has graphs!) it appeals to the inner geek in a lot of people.

The top ten list lends itself well to this sort of thing - whether it's based on raw numbers (highest or lowest temperatures, population, calories etc) or some weird-and-wonderfully contrived statistic (top ten nicest places to live, deadliest animals, most peculiar countries), anything with any concrete or semi-concrete figures scratches that statistical itch.

For instance, did you know that tetrodoxin, the neurotoxin found in pufferfish, is up to 1,200 times more poisonous than that of cyanide? Or in a room of just 23 people there’s a 50-50 chance of two people having the same birthday.

It's stats and factoids like these that make these top lists appeal to the more technical minded (read: geeks), which certainly makes them ideal candidates for sharing on the web.

Perhaps not a reason they are so popular, but the sheer proliferation of top ten lists has more than likely encouraged a swathe of alternatives, copycats and reactionary lists (such as this one, in fact.)

Their enduring popularity has led to the top ten becoming a crutch for the uninspired blogger or journalist - they know only too well that a list will perform well when compared to even a well written 'flat' structured article on the same topic.

A lot of modern publishing on the web is self-referential by nature - bloggers love to share and 'remix' content, and lists are a simplistic but effective way to express opinion and pay homage on the internet.

Take a look at sites like Buzzfeed (check out a top 10 of their top 10 lists), Upworthy, Reddit, and BoingBoing - there's guaranteed to be at least a couple of top ten lists being published a day.

Sites such as these can be a source of  incredible traffic (and resultant links), so bloggers will submit their top ten lists to these sites - if they're funny, well-written, or for any of the other reasons listed above, they might just get a boat-load of traffic in return. The proliferation of these lists on the front pages of these sites can only confirm the enduring popularity of the top ten list.

Want to know influencer marketing trends in 2022? If so, then let's check them out to give your business second wind!

Getting started as a real estate agent can feel daunting. How do you win your first client when you have zero experience?

How To Validate An Idea