Brazilian Heldslaiene Braian works for a Chinese game company as a game operator and content creator. For five years, he and his team have produced countless top-grossing games on Facebook, Apple Store, and Google Play. Their famous social games boast more than 50 million players worldwide.

Despite the global success of the games he helped conceptualize, he wanted to use his knowledge to produce a game that was solely his. As a fan of both digital and tabletop gaming, Heldslaiene decided to blur the lines between the two to create a new breed of board games. His first project was based on classic titles he played as a child: Jumanji, Carcassonne, Pokemon and Magic: The Gathering.

“The main idea was to bring imagination to reality. The game features augmented reality through a mobile application so that players would feel like they are inside the game’s universe, just like the games it was based on,” Heldslaiene explained.

His game, called Pithole, is a survival game played by up to six players. “To win, the players must avoid the creatures that come out of mysterious holes that appear randomly in the city and complete their mission to reach the safe haven. They are given equipment and actions through drawn cards, which they should use wisely to meet the objectives.” 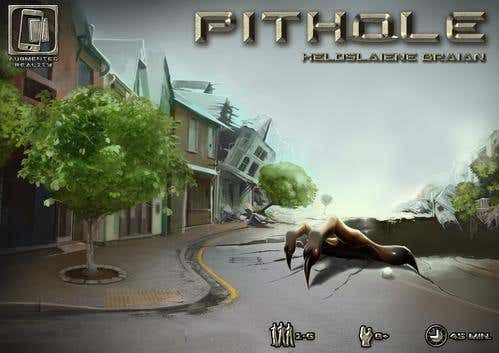 The Big Players Join the Game

Heldslaiene’s wild imagination is enough to churn hundreds of game ideas a month, but he admitted he is helpless when it comes to actual production. “I can’t even write my name beautifully and I have no idea about coding,” he said, implying the need for artists and developers.

He researched the design and development markets in both Brazil and China, but the quotes he received were way out of budget. “I got discouraged, not only by the costs, but also the long deadlines. I was quoted US$7,000 for the app alone, and was told the development would take months,” he said. Aware of crowdsourcing site Freelancer.com, he decided to give it a try.

To find his designer, Heldslaiene first posted a contest to invite artists to show off their prowess. “I really like the Contest feature on Freelancer. It allowed me to view different styles and choose the one which best fit the theme. This helped me save time and money,” he said.

Among the entries, Datpt1112’s work stood out and he was hired for three more projects. “This amazing freelancer from Vietnam delivered the artwork really fast. I spent only US$360 for the all the board game’s artwork, which would have been impossible if I hired an art studio or similar.”

“The artwork was one of the most important parts of the game. Thanks to Freelancer.com, I got it quickly and efficiently,” he added.

The Future of Gaming

Heldslaiene’s fusion tabletop game is expected to hit the Brazilian market in the third quarter of this year. “We are discussing details and closing contracts with publishers. In the near future, we want to localize the game in as many countries as possible, and release exciting expansions through the app.” Inspired by today’s digital games, Heldslaiene wants his board game to be dynamic and evolving. The only thing that's going to be constant is his source of talent -- Freelancer.com.

Auburn University alumnus Jeff Hoskins put up Wooden Rings, a wood-based accessoriesbusiness, in his Junior year to pay for his tuition fees.

The Most Important Aspect of Cybersecurity