What Does Your Mobile App Idea and a Nutella Croissant Have in Common?

Episode one: What do I do with a mobile app idea?

We’ve all hit that point where we can’t figure out what to do next.

You’ve got the idea — check.

Next on the list — you’re going to approach a mobile app developer and have them build the idea for you. They will need to be honest, hard-working, talented and efficient.

Easy, right? They’re all just buzzwords after all.

Not exactly. This is one of those rare moment when slow and steady actually does win the race — where taking your time is going to be seen as being strategically productive.

So you think you’ve got a great mobile app idea? Stop, deliberate, and listen.

One of the passions in my life is food (I really, really like chicken schnitzel). So I’m sticking with a food analogy to explain this one. You have an amazing idea for an awesome meal. This could be anything from deep fried nutella croissants (why not) to a Blumenthal-like ‘everything in this room is edible’ kind of ordeal. But there’s a problem. You don’t know how to cook. There’s the cheapest option, you can learn how to cook and create a magnificent recipe yourself, but let’s be honest, it’s going to take some time for you to be on the same level as Nigella or Julia Child. Or you can try the alternative: you can hire a great cook or a chef and tell them all about your ideas, where they in turn create the recipe for you. But this alternative still has some minor obstacles: you have to be able to afford a chef, and you’ve got to know the basics of cooking/food so that you can somehow explain the expected flavour, taste, and appeal of the dish to them.

Weirdly enough, the same can be applied to mobile app development. The market is saturated with apps. There are more than 2.2 million apps available on both the iOS App Store and Google Play store, with over 205 billion apps collectively downloaded from the platforms. With these statistics in mind, there is a high chance that your idea (or recipe) has already been attempted. But that does not mean that you shouldn’t go ahead with it. It helps to know ahead of time how you plan to make money, as this can affect the entire design of the product. Every app creator thinks that they have discovered the next big thing. And maybe they have! If you feel that your idea is completely novel — congratulations. But an app’s success is not solely dependant on it ‘being cool’, but rather on how refined the initial offering actually is. 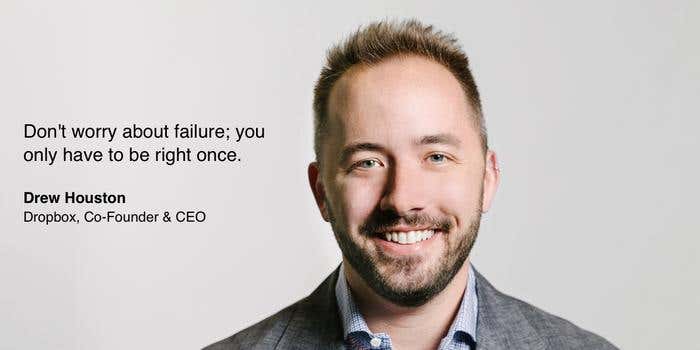 What if you want to create an app but have no ideas? Is it possible to prompt a mobile app idea? It’s time to get inspired. I’m going to provide you with some tips that were given to me during my studies at the University of Oxford (for a Masters in Creative Writing, so I’m definitely not bragging). The best ideas come from obstructions, rather than relying on them to spring forth from complete freedom.

Once you’ve come up with a list of possible ideas, write down each of the corresponding problems you would be solving by having that app built. If you are unclear on what problem a certain idea would solve, then get rid of it — it’s not viable. (Note: I’m a firm believer that solving boredom is a legitimate answer — what’s life without entertainment?).

Scope Out The Competition

Post-inspiration, it’s then time to do something real fun — market research. Reign in that excitement and begin researching all of the competing apps that exist in your proposed field. During this process you’ve got to be honest with yourself and examine two factors:

i) How the competitors have solved your problem

ii) Whether your app actually has the problem that you think it does (or is it just a non-issue).

It wouldn’t hurt to do a SWOT analysis on your competitors at this point. (Strengths, Weaknesses, Opportunities, and Threats, for those unfamiliar with the concept): find out the weaknesses in their app, their marketing approach; find out what they’re doing wrong, the opportunities that their mistakes are providing you with; what they do well (and how you can implement that in return), and most importantly, how can you improve on their existing product.

Do this before you spend and invest any more money into your app endeavours. You’ll thank yourself for it.

Once you’ve scoped out your competitors it’s time to examine your target audience. It’s important to talk to your potential customers before you spend money building anything. Why build an app that noone is ever going to use?! Apps fail because they can’t gather an audience or customers — not because they didn’t have a product. Question and analyse the values and needs of your targeted audience by entering their community and using the following steps to become a part of their conversation:

The Curious Case of Snapchat

I can’t stress enough the importance of needing to validate your app idea before you forge ahead. Here’s an example:

The year is 2012 and Evan Spiegel has just dropped out of Stanford University (bold move) to concentrate on his idea for a photo-sharing app. He planned to compete against Facebook and Instagram and needed to ensure that his concept was innovative enough to stand out from the two giants. And while Evan Spiegel never predicted the amazing reach of his $20B business, he was able to move forward in confidence as he validated his idea of ‘temporary images’ and ‘showing the realness of being human’ as being a long term solution.

And it’s only after all this that you get into the app specification. The prime goal in the beginning is to ensure that you’ve got the great app that your targeted audience will actually want to download — and that its creation is done in a cost-effective manner. Why contact an app developer when you haven’t really stopped and really thought through things. One of my favourite quotes is — time spent in reconnaissance is seldom wasted — because it’s true. Yes, I’m all for diving into things, but make sure that the diving is done in the right section. Dive right into your idea with great intensity, nitpick it, look at it from different perspectives; why would people want it and share admiration of it to others; what is the app really going to do; how will it specifically be used; how is it going to look; how are you going to get a return on investment for it; who is it for and why would they even find value in it?! Never stop questioning.

Lastly, let me share a little lesson I learnt a while back. Everything you do in life is sales. The way you dress, how you act, and who you choose to network with. So, before you spend even a dime on developing your app; before you work on how it looks, how it functions or who you’re selling it to - make sure it can sell. Pitch it to your friend, pitch it to your mum, pitch it to a stranger on the street. If you can sell the idea to anyone, you can make money from it.

This brings us to the end of Episode One for the Mobile App Series. So far you should have:

In the next article we’re going to look at actually starting to implement your ideas (introducing MVP). If you have any opinions and thoughts that you want us to include in the upcoming article, please don’t hesitate to send us an email at content@freelancer.com

Developers and blogging isn't a dream team, but this doesn't have to be like this. A Developer's Guide to Content Marketing

It takes guts, determination, and a healthy dose of wild optimism to attempt building a startup of your own.

Sharing the best experiences of our customers with the Support team. Share yours and receive a gift from us.

﻿7 Freelancing Habits You Should Stop Doing