Where the Power of the Gig Economy Lies

Among the most popular reasons why employees leave their day jobs in favor of self-employment are the flexibility and the freedom to do things the way they want, in their own time and on their own terms.

These ex-employees have categorized themselves as freelancers, independent contractors, and gig workers. Some have even claimed to be entrepreneurs (solopreneurs) in their own rights, since winning clients and delivering services already make freelancing a business itself. 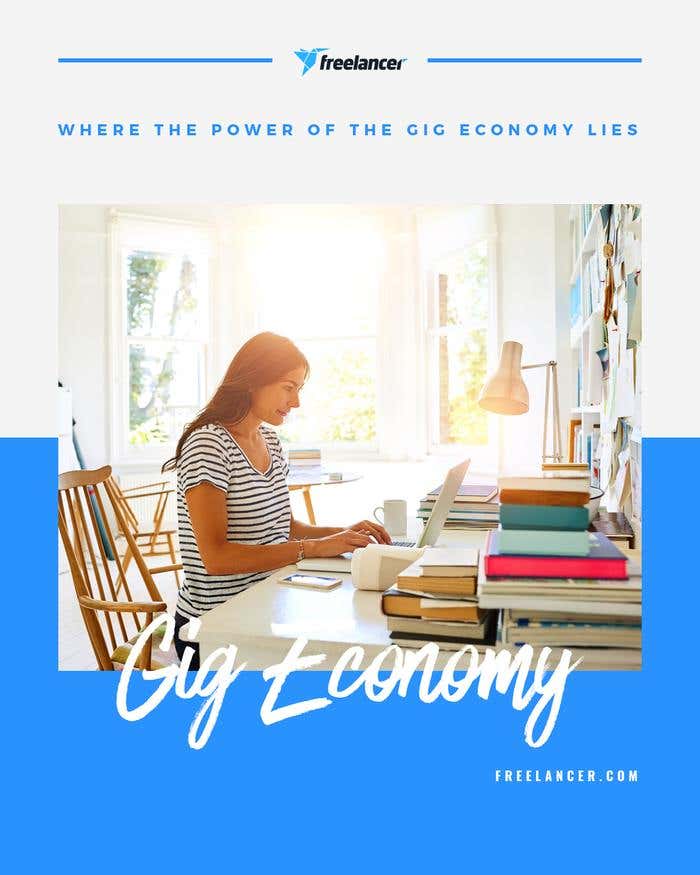 Why more people go down the line of self-employment

Work opportunities are far more accessible today than ever. Thanks to the geniuses who created all the technological advancements that power remote collaboration. There are apps, tools, and platforms that make searching and winning jobs a breeze. With just a few clicks, freelancers are linked to employers in need of their skills for a short period of time.

Contract workers have the freedom to work on a variety of jobs as often as desired, which prevents burnout that is common in the traditional employment. They do not have to endure tedious routines in the typical office set-up as they can go about their week changing their workplace as often as they want.

The availability of online jobs and access to different technologies empower freelancers to secure themselves as many money-making opportunities as they can. This flexibility appeals to many who want different streams of income, which, later on, will allow them to transition smoothly to becoming full-time entrepreneurs.

What also draws these people to self-employment is the ability to achieve work-life balance -- a common struggle among office employees. They can make as much money as they want without putting their life on hold. They have the choice of working longer hours when needed but are still able to perform their roles in their family and in the community.

Freelancers earn money based on their skills. The availability of online learning platforms helps many people improve or develop new skills, which they can offer to potential clients. People who have a diverse skill set have a greater advantage of getting more jobs than those with limited skills to bid.

The power of the gig economy

LinkedIn has predicted that freelancers will constitute 43% of the U.S. workforce by 2020. In Australia, casual workers are currently a fifth of the country’s workforce. The numbers are only getting higher, proving the growth and popularity of this non-traditional employment model.

Being granted with the liberty to pick talents from across the globe, employers will continue to see the advantages of outsourcing. It is a more practical move rather than employing full-time staff. It is also a lot quicker to hire freelancers online through jobs marketplaces than recruiting locally. With more and more employers providing jobs for short-term workers, the gig economy is unlikely to perish.

The power of the gig economy lies in the people who continuously strive to attain happiness that comes from being in full control of their own lives. It’s a lot easier for freelancers, contract workers, or solopreneurs to achieve personal satisfaction in what they do because of the freedom, the flexibility, and the many opportunities they can grab locally and globally.

Are you ready to make the shift? Here’s an infographic presented by Jobvine on how you can get ahead in the gig economy.

Take these freelancing tips with you as find jobs you can fulfill today. Happy freelancing!

As rising star in our digital age, video offers and exciting new tool to freelancers of all trades.

Check out the latest list of time trackers for freelancers and select one to meet your needs the best.

Occasionally a fraudulent client or scammer will post a project, causing trouble for freelancers. Find out how you can spot the early warning signs.

So You want To Be A Data Scientist?